I know this is a week late for Father's Day, but hey, I took last week off because my own boys came to see me!
I overheard, "I see you, Daddy" in the office on Friday. I actually hear this, or its close variant, "I see you, Mommy" quite often. This time, I had a father, N, and his young son, E, come in together. The little guy is only three and when he came in with his dad, he looked a little sleepy. With some coaxing, he told me hi. Since he was going first, I asked him to climb up on the adjusting table. He made it as far as the edge of the table, then kind of stalled out. His dad asked if he needed help getting up on the table and he nodded in the affirmative. Always the compliant patient, he was very still getting adjusted. He had a little trouble figuring out what I wanted when I asked him to turn onto his back, but we made it. The whole time he was very calculated in his movement, going slow and deliberate. Perhaps it was because he was just waking up, or maybe over concern about falling off the adjusting table. When you are three, that is a long way to fall!

Soon, his turn was over and it was Dad's turn. As Dad laid down on the table, our discussion turned to how busy the little guy was during the day and how half the reason we might be working on Dad was so he could keep up! As if on cue, E started to "wake up." He began to move about the room exploring and soon, he was spinning in circles at the head of the table. He probably made 10 or 15 revolutions before he stopped, staggered over to the chair, and held on until the spinning subsided. I figured he would move on, but he did this at least two more times! I couldn't help but laugh to myself. If it had been me, I would have been laying on the floor unable to get up for a half hour after the first spin or two!

Once E tired of that game, his attention turned to his father who, at this point, was laying face down on the adjusting table. Wanting to see his dad's face, he lay down on the floor and shimmied under the table head piece until he could see his dad and said in the sweetest little voice:

"I see you, E!," said his dad. Man, did that take me back 25 years to when my guys were that age. What a blessing it was and is to have them in my life!

By the time his dad sat up, E was on to something new: getting his whole body under the chair! As I looked at his dad, we both knew there was no way we could ever do that! I am pretty sure half the reason his dad has to come see me is to keep up with E, but I know from experience, his dad wouldn't have it any other way.

We aren't all dads and some may not have had the best example for a dad, but I do know God in heaven loves it when we say, "I see you, Daddy!" Times are challenging for all of us right now, but I believe God is there for us when we look for Him.

Have a great week! 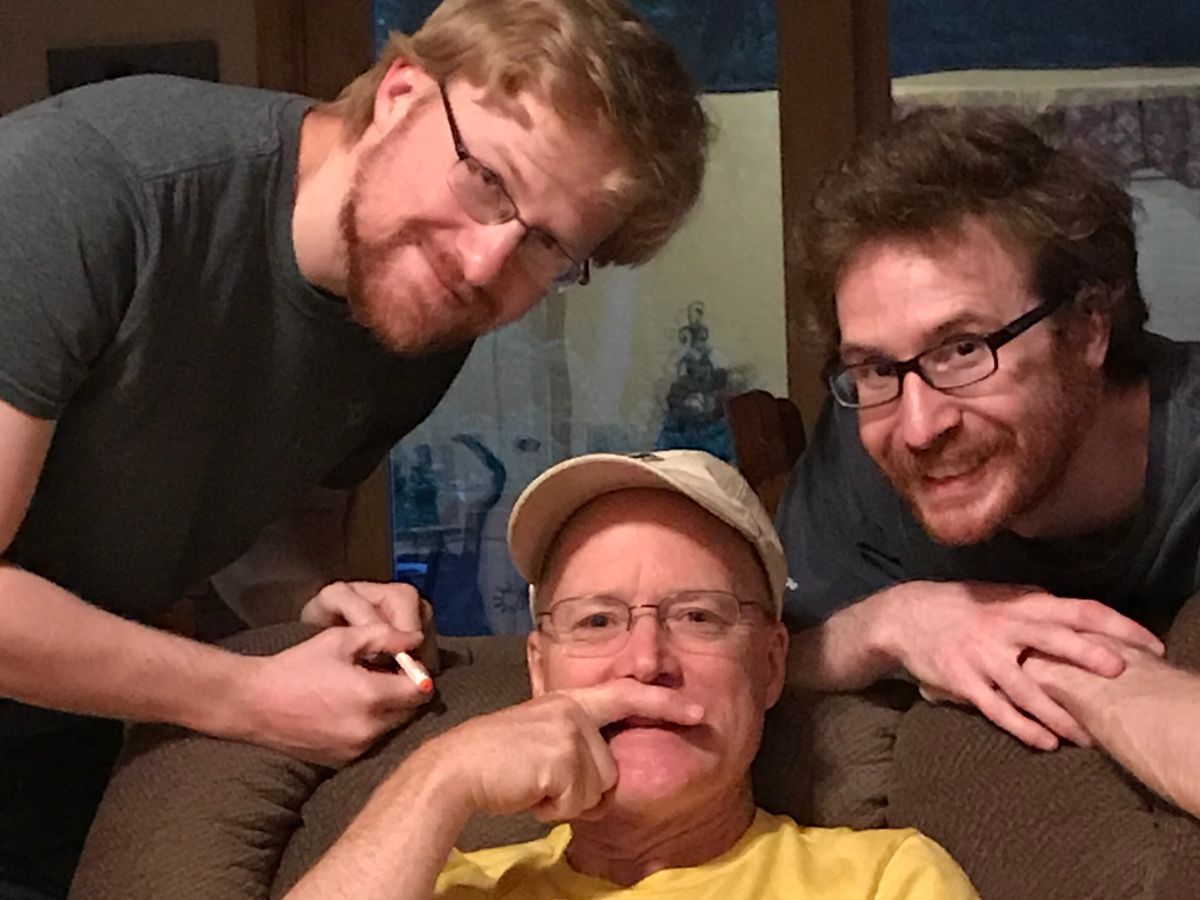